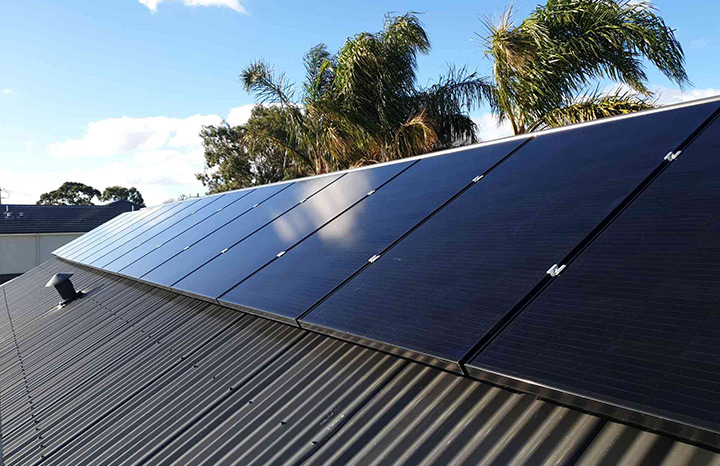 Stephen installed a new heated swimming pool at his Brighton property. The first electricity bill he received after the pool was installed showed a significant increase. This was the prompt for Stephen to start looking into purchasing a rooftop solar system for his home.

Stephen made contact with Specialized Solar through the website and within hours was contacted by one of the solar consultants, Mitchel.

Mitchel asked a number of questions about Stephen’s electricity usage which Stephen could answer by looking at his most recent electricity bill. They also discussed what Stephen wanted to achieve from solar.

After a detailed phone conversation, Mitchel put together two different system proposals for Stephen to review.

Stephen chose SunPower panels due to their industry-beating 25-year parts and labour warranty and their smart ‘all black’ finish.

His words were “I wanted black panels because I’d be able to see them from the pool and I wanted them to blend in with my black roof.”

Long warranties were also important when it came to the choice of solar inverter. SolarEdge, with its 12-year product warranty and 25-year power optimizer warranty, ticked this box for Stephen.

This inverter solution meant that panels could be installed on more than two sections of the roof, which made it possible to generate more power per metre of suitable roof space.

Stephen was also impressed that the SolarEdge inverter would allow him to monitor each panel independently and notify him automatically if one panel had failed or was not performing.

Stephen’s 9.6kW SunPower/SolarEdge system was installed within two weeks of accepting the quote. It took two days to install.