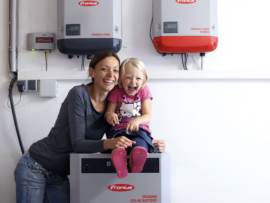 Founded in Austria in 1945, Fronius is recognised as one of the best solar inverter manufacturers in the world.

Represented in over 60 countries, Fronius has over 4,500 employees who work in three divisions: solar energy, battery charging and welding.

Fronius originally started as a manufacturer of welding and battery charging equipment more than 70 years ago. The company’s experience in high performance welding inverters proved to be the ideal launchpad for moving into the design and manufacture of solar inverters.

In 1992, Fronius entered the solar market and launched its first solar inverter in 1994.

All Fronius solar inverters are engineered, designed and manufactured in Austria. They are widely regarded as the highest quality string solar inverters available. Their efficiency and high levels of performance – even in extreme heat – make them ideally suited for the Australian climate.

In 2010, Fronius opened its Australian office, based in Melbourne, where it provides customer service and technical assistance for its solar products. Fronius inverters are amongst the two most popular inverter brands in Australia due to their reliability and performance in demanding environments.

The high level of customer service provided by Fronius in Australia have made them the inverter of choice for homeowners and organisations of all sizes.

Fronius inverters are rated as the number one solar inverter in Australia in 2020 for both residential and commercial use according to industry authority, Clean Energy Reviews.

With power categories from 1.5 to 27 kW, Fronius solar inverters are suitable for virtually any size solar installation, both residential and large-scale commercial. 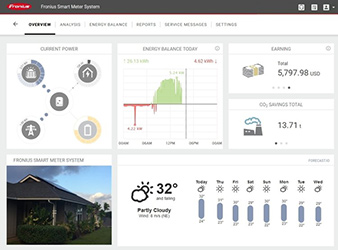 All Fronius string inverters are accompanied by 5 years Fronius Warranty Plus. By registering at www.solarweb.com, customers can receive an additional 5 years warranty free of charge. Customer service and technical support for Fronius inverters is provided from Fronius’ Australian office in Tullamarine, near Melbourne.