Skip to main content
Learn how you can get a solar panel & hot water heat pump rebate
The Specialized Solar team were fabulous. I cannot fault the communication or the quality of their work.
Gael E. 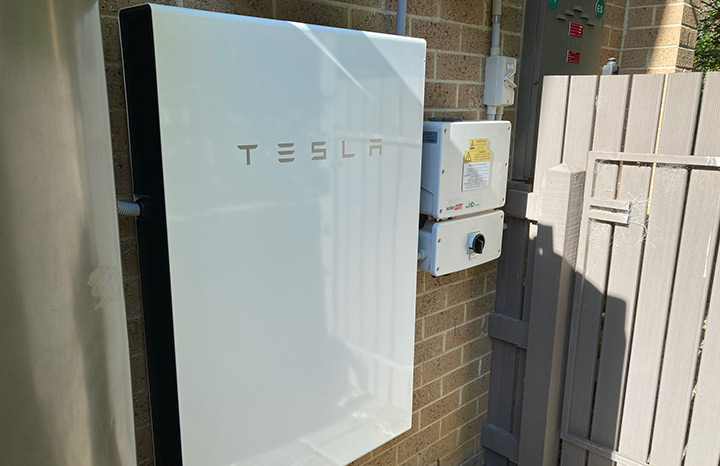 Eight years ago, we spent $11,000 on a 4.5kW solar panels system for our current home which included two inverters. About 18 months ago, I noticed our electricity bills were getting higher. When I looked into it, I realized one of the inverters wasn’t working properly.

I got in touch with the solar installer we’d bought the system from. But they’d changed ownership and recommended we contact Specialized Solar and Electrical.

A solar technician from Specialized Solar visited and explained that, because Australian standards for solar panels systems had changed, the system would need rewiring. He said we had three options:

The cost for the first two options was virtually the same, so it was clear that replacing the old system with a new bigger system was the right way to go.

We decided on a Powerwall battery as well – the rebates were a bit of clincher. If we’d just installed solar panels, we’d have got $1,400 in rebates. But by installing a solar system with battery storage we got just over $4,000 in rebates. It seemed sensible to get the battery now, with the bigger rebate.

The Specialized Solar team were fabulous. I cannot fault the communication or the quality of their work. Everyone I spoke to – from initial enquiry through to installation – was courteous and reliable. There wasn’t a weak link. Everybody did what they said they’d do.

The solar panels were installed by Specialized Solar in January 2021 and the battery a month later (the timing was due to the way the rebates worked).

The first test of our solar and battery system came in February when we had a small power outage. It all worked fine, we didn’t even notice. Since then, we had a total of 22 power outages up to the end of October. We weren’t that surprised as power outages are very common where we live.

But then, at the beginning of November we had the longest power outage we’ve experienced in recent times. It was 6 days in total and it proved a fantastic testing ground for our new system.

When the 6-day power outage started, I called Specialized Solar to see if we could supply power to three of our neighbours using the Powerwall. They’d lost power as well and didn’t have battery storage. Specialized Solar said yes, so we went ahead and did it.

It was easy. I just threw power leads over the fence to each of the three neighbouring properties and they used the power to keep their fridges and freezers running.

The reason it worked was thanks to the Tesla app that comes with the Powerwall. Using the app, I could see exactly what was happening with our solar electricity production and how much charge was in the battery.

I kept the neighbours updated, letting them know how much electricity they could each use – and when. We worked together to ensure there was 100% charge in the battery at nightfall, so all four households had access to power through the night.

Specialized Solar’s installers had done a magnificent job. They asked us what we wanted to run if the power goes out. They missed nothing. Everything we wanted to run worked – without a hitch – during the six-day outage.

I had the TV, Foxtel, power for 3 neighbouring homes so they could run their fridges, cook, fire up their hot water service – it was amazing what we could get out of the battery.

I can’t say enough about it. I’m so glad we put the battery on.

I received our latest quarterly electricity bill the other day. Over the three-month period, we consumed 33 kilowatt hours of electricity from the grid and generated 1,442 kilowatt hours giving us a credit of just over $100. It’s a great result.

Having the Tesla app has helped us get to a situation where we have got an electricity bill that’s in credit. That’s because I’m learning more about how we use energy in our home and learning how not to waste power.

But, having experienced a long power outage, I’ve realized bill savings are just one of the financial benefits you get with solar and battery storage.

There’s also the other money – and hassle – you save when there’s a power outage. Things like wasted food in the freezer, buying in a generator to tide you over temporarily. It’s hard to put a dollar value on it. But the savings are a lot more than just the electricity bill.

I’ve really learned how to make the most out of our solar and battery system. With the Tesla app, I monitor our electricity usage and solar generation all the time – it’s so easy and takes no time at all.

With the information from the app, I plan my activities and use of electricity to maximise use of our solar electricity and make sure that the battery is 100% charged for the night.

I love the Tesla app – I find it incredible. It’s the key to making solar and battery storage work!