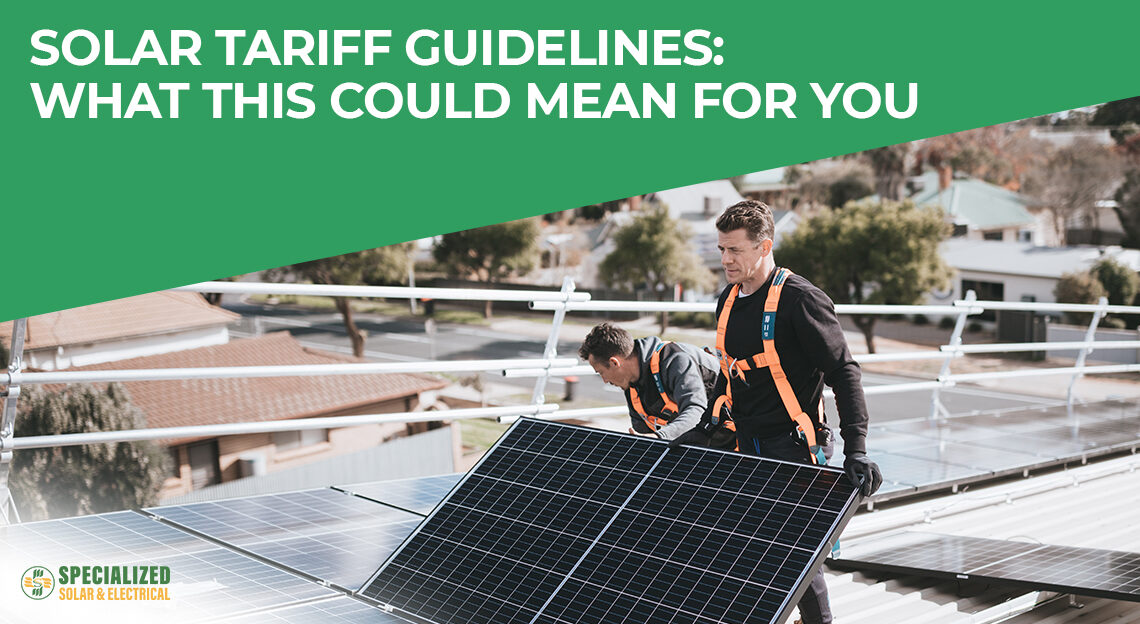 You may have heard about a proposed “Sun Tax” on solar exports. Maybe you’ve seen recent media coverage about curtailment of rooftop solar.

Clearly, there are challenges in the national electricity market. But does that mean you’re going to be charged for exporting your surplus solar to the grid?

The short answer is ‘probably not’.

But changes are coming…

Changes are afoot in the way the national electricity grid works. These changes are necessary as the grid evolves into a modern-day electricity network powered by renewable energy.

Rather than be worried, rooftop solar and battery owners should follow these developments with interest.

Proposed rule changes to the regulation of the electricity network are likely to present new opportunities for solar and battery owners as their systems take on an increasingly important role in the nation’s electricity infrastructure.

Opportunities are likely to include:

This post provides an update on the latest developments regarding the proposal to charge for solar exports – and explains why there is nothing to worry about.

Why industry regulators are considering a solar export charge

And the grid is struggling to catch up.

The opportunities to tap into this massive rooftop solar resource are huge. But the rules and regulations – not to mention the technology – behind how the grid operates need to change.

Right now, what’s happening is more “traffic jams” on the grid at certain times of day – typically late morning through to mid-afternoon. This is when most people are at work and their solar panels systems are pumping out vast quantities of excess solar electricity, at times flooding the grid with too much supply.

The value of this solar power during the middle of the day isn’t that great. That’s because demand for power is generally lower.

So, wholesale electricity prices at this time are often low – sometimes even negative!

Whereas in the evenings, when most people get home from work, demand for electricity peaks. This is when the value of grid power is at its highest. But it’s also the time when most solar panels systems aren’t producing electricity.

Smoothing out the peaks and troughs of grid electricity is the challenge facing the Australian Energy Regulator, the government body responsible for regulating wholesale and retail energy markets.

Their latest document – published in January 2022 – provides draft guidelines on the solar export tariff as well as protections to safeguard the interests of solar owners.

Draft guidelines on the solar export tariff: What they could mean for you

So, what are the guidelines?

The main one that could affect solar owners are:

Note: These guidelines are for the National Electricity Market which covers the whole of Australia except WA and the Northern Territory.

As always, our advice to solar owners is to maximise your self-consumption.

That means using as much as possible of your solar electricity in your home. It also means minimising the amount you export to the grid.

Using more solar power when it is being generated is a sure-fire way to get the fastest payback on your solar investment.

Talk to us for expert advice on how to get your solar self-consumption rate to 50 per cent or higher – even if you are away most of the day.

For example, with the internet-of-things making it possible to control everyday electrical appliances remotely, you can switch your reverse-cycle air conditioning system on when you are at work – powering if for free with your solar electricity – and come back to a nice cool home.

And that’s just for starters. Dishwashers, electric hot water heat pumps, pool pumps – you name it, they will all soon be Wi-Fi enabled and controllable via an app.

In the meantime, timers and decent solar monitoring can help you shift your power usage to the daytime and lower your bills.

Battery storage is another great way to use your solar. Battery prices are becoming more affordable, helped in part by government battery rebates. With a battery, you can become almost entirely self-sufficient for electricity and reduce your power bills to next-to-nothing.

Plus, battery owners now have the opportunity to join government approved Virtual Power Plant programs, receive a boosted battery rebate and be rewarded at a higher rate for their solar exports.

Times are changing for solar households. There’s no doubt that we’re at the start of an exciting transition in the way electricity is generated, shared and used.

Solar and battery owners will be important players in this changing energy mix.

Rule changes relating to the flow of electricity through the grid will take place, because they must. But from what we’ve seen with the latest set of guidelines on solar export pricing, the Australian Energy Regulator is mindful of protecting the interests of solar households.

We can only look forward to what the future brings!

Get in touch for a quote

If you’re keen to get on board with the exciting changes in solar and battery storage, contact us for expert advice and an obligation-free quote.

We’re accredited solar and battery specialists, and have the highest levels of Clean Energy Council accreditations as a Solar Retailer. We’re also a Registered Electrical Contractor so we have the electrical smarts to help you with general electrical updates to your home and making the most of your solar at the same time!