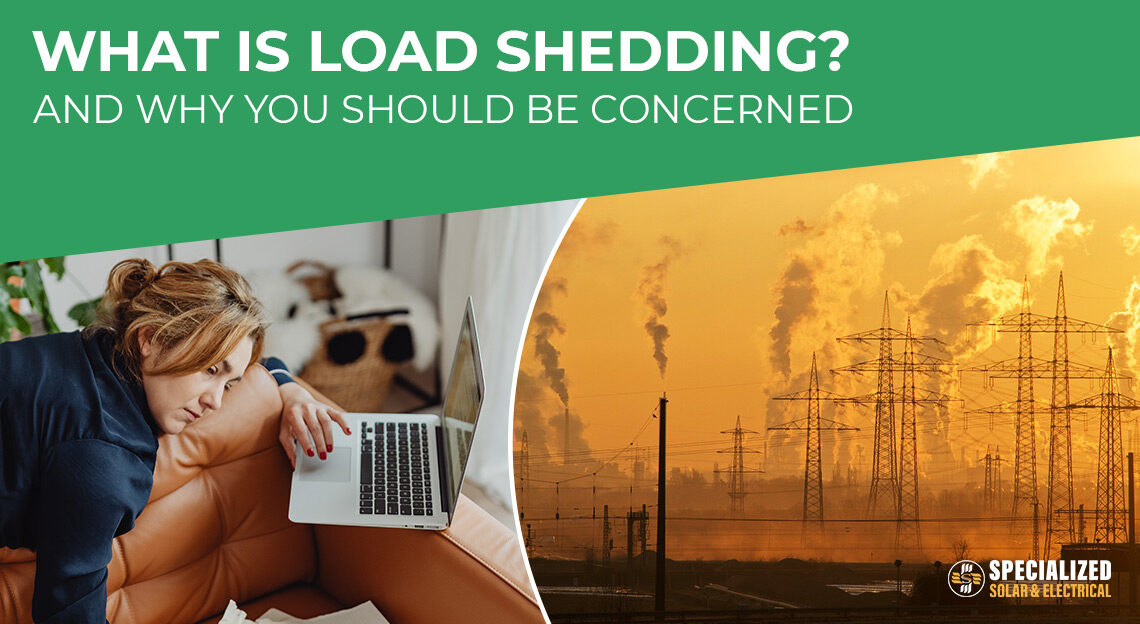 If you’ve switched on the news this week, you’ve probably heard the term ‘load shedding’ in the context of the energy crisis that’s gripping the east coast of Australia. You may also have heard that if load shedding happens, there will be blackouts. And that these blackouts are likely in Queensland, NSW and possibly Victoria.

There’s no doubt that the National Electricity Market is in dire straits. Load shedding is a last resort tool that the industry regulator can use to protect the national power supply.

How on earth did the situation get so bad, so quick?

On this blog, we cover

What is load shedding?

Load shedding is an extreme measure that the industry regulator – the Australian Energy Market Operator (AEMO) – can use to balance supply and demand for electricity on the National Electricity Market.

There are many other ways that AEMO can balance supply and demand for electricity which are less drastic. The fact that AEMO says it may need to implement load shedding is a sign of an electricity system in distress.

What are the factors driving the need for load shedding?

There’s a wealth of energy sources on the east coast, so what’s the problem with supply?

It comes down to pricing.

Energy prices have skyrocketed due to turbulence on international and domestic markets. As a result, AEMO had to cap prices.

But the level they capped prices wasn’t high enough for gas and diesel generators to supply at a profit. So, they didn’t.

Instead, they waited. By waiting, AEMO is forced to declare a supply shortfall which means that the compensation payments for generators are better.

So, the supply comes back online – but at a huge cost.

But fixing the problem isn’t going to happen overnight. It’s a wider systemic failure. And ultimately the costs of shoring up the National Electricity Market will be born by households and businesses.

Could you be affected?

Households and businesses on the east coast of Australia could be affected by load shedding. Whilst Queensland and NSW are more likely to be affected due to their heavier reliance on fossil fuel generators, Victorians are also vulnerable due to local supply shortages. These include unexpected outages at major coal-fired power stations in Victoria caused by unplanned maintenance.

The decision as to which areas should have their power cut off is decided by the network distributors. Their decision is based on minimising the impact on the community, particularly major health facilities, emergency services and public transport.

According to the ABC, generally the first areas to be turned off are residential.

The amount of notice networks can provide during a load-shedding event depends on the instruction from AEMO.

Unfortunately, there’s no definite answer as to who will be affected. If your home or business is in an affected area, it is possible that you will have very little warning.

How long it takes for the government and the energy regulator to deal with the challenges in the National Electricity Market is anyone’s guess.

But there’s one thing for sure, they have a big job on their hands.

If you would like a quote for solar panels and/or battery storage to provide power security for your home or business, get in touch. As CEC Accredited Solar Retailer and Installer, we have the expertise to design a solar solution that provides the energy you need to power your home or business reliably and lessen your dependence on the grid.